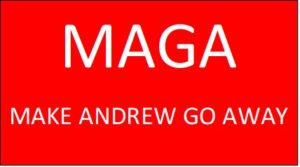 Cuomo Lied, They Died and Skoufis Let the Subpoenas Slide

Last week’s admission by Governor Cuomo’s Chief of Staff, Melissa DeRosa, that Governor Cuomo intentionally lied about the number of elderly that died in New York State Nursing Homes as a direct result of The Governor’s deadly executive order, was stunning both in its content and in who it was addressed to. Ms. DeRosa’s admission was made on a zoom call to certain Democratic lawmakers of which Senator James Skoufis was one. Not only did Senator Skoufis participate in the call, but allegedly thanked Ms. DeRosa for her candor and explanation. After the call, Senator Skoufis made no statement concerning the call’s existence or content.

Therefore, The Rockland, Orange and Ulster County Republican Committees call on Senator Skoufis to immediately resign as Chair of The New York State Senate’s Investigations Committee. The people of the State of New York deserve true oversight and accountability, not effusive praise for other elected officials who lie and evade. Senator Skoufis must resign as Chair of the Senate Investigations Committee.